The growing practice approach consists in providing targeted support to those who wish to engage in a specific practice. This support is mainly organised by civil society and comes mostly in the form of small-scale activities. The activities are designed to help overcome specific obstacles to engaging in the practice.

For each of these potential ‘points of failure’, there were activities organised by pro-cycling organisations, providing targeted support to (potential) cyclists.

In my thesis, I argue that while providing targeted support, the pro-cycling organisations also create and develop the community of practice, i.e. the community of people engaging in urban transport cycling. The activities implemented by pro-cycling organisations did not only provide direct support, but also created spaces to negotiate among the community a shared understanding of urban transport cycling and shared rules of the practice, i.e. what it means to cycle and how it should be done. The members also aimed to create a shared repertoire, i.e. a common language, routines, stories, tools etc. In these spaces of mutual engagement, old and new members received emotional support, which was crucial in the face of the competition through driving.

Finally, during these activities, the members of the community also reached out beyond the community of practice not only to recruit new members, but also to develop a positive image and general understanding of the practice in the urban population and to contribute to stabilising the practice as part of the urban transport system. 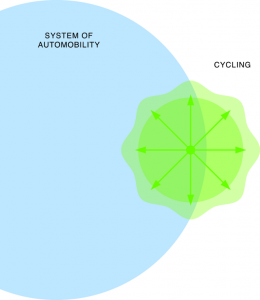 The figure above summarises the genesis of growing practice interventions. Contrary to the building practice approach, the interventions do not emerge from the system of automobility, but from the core of the community of practice and expand the practice from within. The area of expansion is represented in green because the activities directly target the participation in the practice and are inherently linked to growing and consolidating the community of practice.

Furthermore, several beneficiaries of these activities suggested that the enthusiasm within the cycling organisations and the emotional support which the interviewees had received had been important aspects of their experience with the community of practice.

Finally, some interviews pointed to the possibility of a diffusion of the practice through a ‘multiplier effect’, which would further contribute to growing the practice and its community, possibly long after the support from the cycling organisations had ended. In view of the size of the city and the challenge of systemic change, small-scale activities may seem insignificant, but this research suggests that the small-scale personalised nature of these activities can be effective in growing the practice of urban transport cycling in a decentralised organic way. 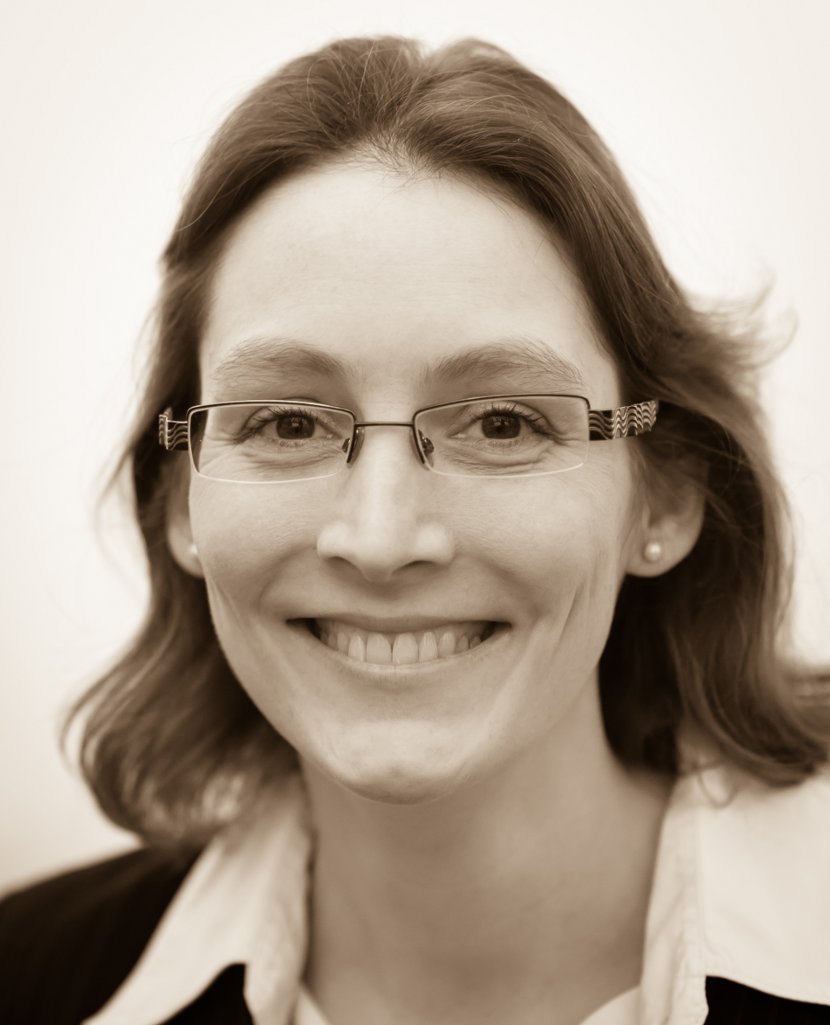